On Thursday 3rd March, we had a visit from Henry wee wheels (therapy dog) and Sharon, his owner.

At the beginning of the visit, Sharon told the story of Henry and how he got to where he was today.

Henry was left to die at a government shelter in Shanghai after a dog bite left him with a severed spine. He had no tail, was disabled and was due to be slaughtered for the Chinese meat trade.

He had survived the attack by another dog, but disabled and suffering major infection.

A volunteer spotted the tiny pup and contacted Harbin Slaughterhouse Survivors, a group run by three teachers in China to help animals saved from shelters, the meat trade and medical testing facilities.

And Henry’s luck turned around when Sharon Warnock rescued him, paying a whopping €700 to get him out of the country.

After spying him on the HSS Facebook page, Sharon contacted the group and paid for Henry’s flight to Northern Ireland.

Sharon, raised the funds online and gave Henry a new life by buying him a tiny doggie wheelchair – his Wee Wheels.

Henry spends his time travelling around schools and nursing homes to teach kindness and is great therapy for both kids and adults.

As you can see from the photos below, all our residents had great fun meeting Henry and having a cuddle with him. This was great therapy for them and provided them with so much fun and enjoyment. They really enjoyed watching him racing around the room on his wheels and spending time getting to know Henry. 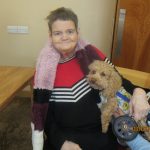 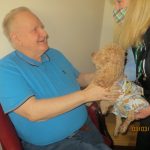 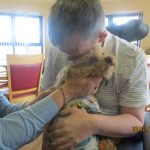 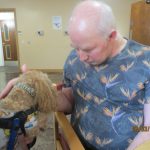 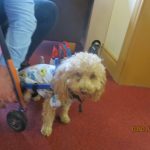 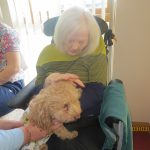 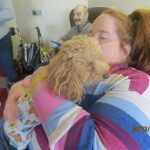 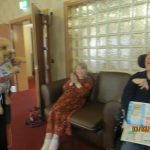 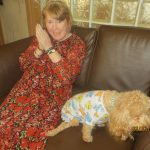 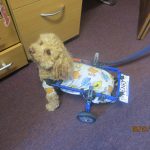 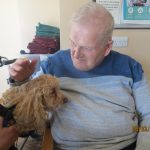 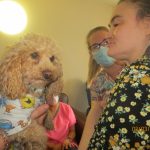 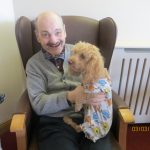 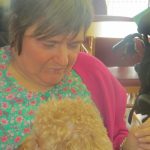 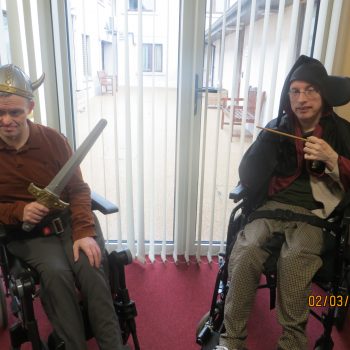 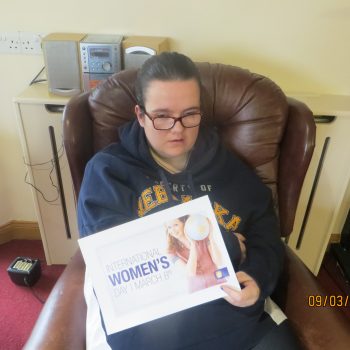